Home My life as a pirate Why do I support the Unconditional Basic Income Initiative?

Why do I support the Unconditional Basic Income Initiative?

This Monday, on my post « but I’m lazy » (available soon in English), I talked in my footnotes about the Unconditional Basic Income. I would like to come back on this idea, and give you the reasons for which I wish that such a system would be installed.

What is the Unconditional Basic Income? 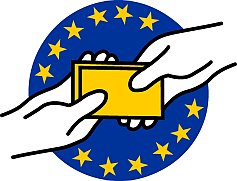 Despite I’m not an economist, I’ll try to explain a little what it is. The Unconditional Basic Income is an income of a certain value, given mensualy to all citizen from a regio or country, and this without any distinction of social statutes, study level,.. Of course, under these conditions, the unemployment pays or the incomes of disabilities do not exist any more. This income allows to everybody to live in dignity, and meets the essential needs of each individual, namely to have a roof on the head and to nourish themselves.

I will not begin an explanation about the viability of the project, or its financing, as I already said I’m not an economist or specialist in monetary creation. But some attempts are made in India, with a certain succes. You can know a little more about those experiments with this article written by the Monde Diplomatique (text in English). Also in Switzerland, an initiative for the basic income was made (text in french), and the Swiss population will soon have to decide above by voting. In addition, the websites on the European initiative are well documented and you can learn more about methods of financing such a project.

So Greg, what are your reasons for supporting this project?

So, we come to the heart of the subject. There are a lot of reasons to support this project, and I am likely to forget some by enumeratingthem (and if it is the case, I will republish my post). First of all, I will speak about my personal experience. Indeed, I regard myself as a very active citizen, I take part in many projects, and to have a basic income without me to trouble about my prospects for employment could allow me to continue these projects. And nevertheless also work, but on shorter periods of time than full time. Because, don’t forget, my job is also a passion I have since my childhood.

But there are a lot of other reasons for which the basic income is for me a leitmotiv in this current society:

…Sorry but for this phrase, I didn’t find a correct translation, my english too poor for this.  The Idea of this part, is a new departure for everyone. The stigmatized people, living in the most total misery, wouldn’t have to daily have to fight anymore, to find a lot of tricks and tips to survive. These people would thus be entitled to a second chance, to do something of their life. They would not be stigmatized either anymore by other people.

An other point is, I think, the economic revival. So here, my explanation will be a bit simplistic, perhaps even totally irrelevant. I think that if a basic income is given to everyone, the purchasing power will be simply increased. People will be less difficult to obtain basic necessities, and thus will be able to consume more easily (even if I don’t like the word consume, but it is another subject).

Workers would have less pressure with their job. Indeed, many people works with a little fear, which is that one day, they will have their famous C4 document (In Belgium, this document is the paper who says that you’re fired). Because right now, who says unemployment says much hassle and pressure (Belgian unemployed live with an impending threat, there is always a risk to be sanctioned or to loseits allowances. And the situation in some other countries are even more strained.) They will no longer accept all orders from their bosses who ask all and anything in the name of the « sacrosanct competitiveness ». It would also allow to work less and thus to let more people thrive in an occupation.

To give more chances to the young people and their instruction. For various reasons, much of young people does not have access to the studies. They must work if they want to live in dignity for heaps reasons (family,economic,…) The fact of having a basic income will help to launch them in the active life without fear.

I will also say that as each and everyone will not have to think work any more all the day, to return completely washed at home in the evening, people will be able to be devoted more to their entourage. whether their children or their neighbors,… We will be more receptive with what surrounds us. And can be (but there, it is right my idealistic spirit who speaks, but we never know!) that much more people will become active citizens, eager also to make evolve the society.

And then to finish, I think that by making a summary of the points enumerated above, the basic income will make possible to increase the personal lighting up of each individual.
Here, I forgot certainly some of my arguments, because I had a lot of ideas when I started to prepare this article, but I hope that you understood the meaning of the approach. And if I succeeded in convincing you, do not hesitate any more, go to sign the European initiative for the basic income. That does not take more than a few minutes. Speak also with your entourage, and of course you can share and copy this text at your convenience. But hurry, because it remains us less than three months before the end of the collection of the signatures. You can sign the initiative here:

PS: When one speaks about European initiative: The European Union set up a system of initiative. It means that each citizen can make a request at the European Commission. With this intention, he must join together a million signatures so that its request is studied by this one.

Sorry for the mistakes in English, please tell me what’s wrong, and I could improve myself in the language learning