Home Non classé Why Flattr may not become a « star system »

Why Flattr may not become a « star system »

Article original en Français (originally written in French)
I am not fluent in English, so excuse my faults and mistakes!

I really love Flattr. I find this is a great system. It allows you to make micro-donations to any creator, whether musician, writer, photographer, … (I will not go back on it, I have already spoken in several posts, you can look through the blog, but in french). It remains a major problem in my opinion, that makes Flattr, if the shot is not corrected, will not become a highly popular system. 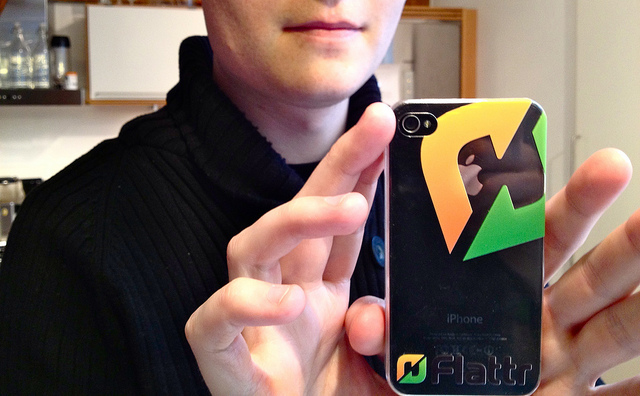 From what I see on people using Flattr, the majority are geeks, enthusiasts, whether by computer or free alternative culture. This is not complicated: either on my blog or others that I visit regularly, items having the most success are those that deal with computers or are a little controversy about the society. My little stories, and more personal posts are much read, but more by another public. So, no (or less) Flattr. It is also true that when a system manages some money, even for small amounts like our preferred system, it attracts suspicion, but I think the first border is not the problem of money.

And this is where I realize a huge barrier: the language. All major systems, whether Facebook, Twitter, Google, Yahoo, … are multilingual. They are made to reach as many people as they can. Have Google and Facebook had their global success if they had only focused on English? No, of course not. For many users, the language is a barrier, especially in the French-speaking world, where multilingual people are few (I mean the French-speaking, because I am, and I’ve noticed in many situations, whether on the net or in life « away from keyboard »).

So yes, you will say that there is a translation for Flattr, but first, it is incomplete. I think I saw somewhere that it is also Alias ​​which is mainly engaged to translate the interface in french with what he could. He confirmed to me at the first reading of this post, the parts of the translated Flattr were done by volunteers via crowdin.net. And secondly, it is not very visible, you must scroll down to the bottom of the site to try to activate it (and besides, the translation does not seem to work at all right now). For enthusiasts and computer geeks, it poses no problems, I’ve always used Flattr in English, and even if a translation is incomplete, because we love Flattr we pass on small errors and small quirks. But I’ll take the case of my mom, my sisters, or other people around me. They arrive on the Flattr website, and see that it is only in English. they’re not going to try it, because French is not directly accessible, even if it is, after all, basic English.

Flattr is undergoing revision at this time. The interface is more modern, with more features, which will be even more fun system. The team presented on his blog screen captures of the work, and frankly it’s worth a look. So I took advantage to ask if they will also work on languages. It is not intended, instead, they plan no translation for the new version at all:

Greg: To be honest the translations sucks because it’s super hard to do it great, we have learned that now. This also mean we do not plan to translate the new Flattr at all. People have to live with English only for the foreseeable future probably.

This is unfortunate, because a lot of people will not be affected by these changes, only because of a language problem. It is also, I think, a little lack of respect and / or appreciation for those who have given time to translate the first version that does not include other languages ​​in the new system (and personally, I say thank you, Alias​​, for your previous work on the french translation). I must say that I would even prefer the new interface takes longer to be deployed if they are working on translations. Because I love Flattr. I think this system is up to show that alternatives to a free culture, free price exists. And I think for that, we must make it as accessible as possible.

I discovered another major problem Flattr this week. In fact, we had two system crashes this week. One lasted a few hours, and the second is still happening, and Flattr is no longer accessible since last night, that is to say, more than 12 hours already. Not only for a system that manages money we do not seem to be in a hurry to fix, but what I find most appalling, is the total lack of communication: in the first crash, no official announcement, only a few responses to tweets. And since last night, it’s radio silence. No announcement, nothing. As if the closing hours of the office, no one is responsible for anything, and if the system is down, too bad for the customers. I think this attitude is dangerous and contemptuous towards clients who wonder what’s happening. There is a risk in force, to loose all trust from the customers if this situation repeats. Communication is extremely important, especially in the age of the Internet who has facilitated all means of communication. A true community management should, in my view, be implemented.

So if like me, you love this system, tell Flattr it must be translated. Tell the team should really make an effort on communication with its customers, which currently is non-existentAnd for people who want to get started, but for which the language appears to be an impenetrable wall, waiting for the translations arrive, help them. I will shortly make a video to show how it works, so that maximum people can become familiar with the tool, without the language remains a barrier. Because we love Flattr, simply.

Image from Flattr under a CC BY-SA licence.